Wesleyan students have responded to the results of the 2016 Presidential Election in a variety of ways, including marches, protests, conversations, and more. Two students, Jacob Karlin ’17 and Olivia Morris ’18, looking to take direct action, headed up the #CallToAction phone bank at Wes. The goal is to bring different issues to the attention of state representatives, which will in turn hopefully influence policies over the next four years. This type of grassroots work meshes well with the mission of the Allbritton Center, and we were eager to learn about the motivation behind and the success of the #CallToAction phone bank from Jacob and Olivia.

Read on to learn what exactly #CallToAction was up to last semester, as well as ways to get involved this coming semester.

What is the #CallToAction?

How did you get together/get organized to start the phone bank? How do you find representatives’ contact information? 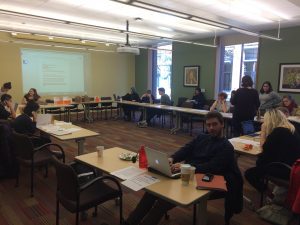 Have you had any really exciting moments/successes?

Do you feel like you are making an impact?

Are there ways for interested students to get involved in the spring semester? 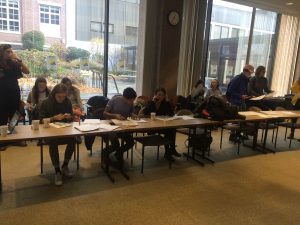 To read more about #CalltoAction, check out this article by The Argus.