The Chernobyl and Fukushima Meltdowns: Their Causes and Consequences

The Chernobyl and Fukushima Meltdowns: Their Causes and Consequences

Nuclear energy is still used in the United States and around the world.  It is constantly promoted as a clean energy source despite the unsolvable problem of long-term waste disposal.  The US Department of Energy is again promoting nuclear energy as an alternative to oil and coal.  Arnold Gunderson, a nuclear-engineer-turned-whistle blower, and Timothy Mousseau, a biologist, have been studying on the ground at Fukushima and Chernobyl.  Their findings are urgent and critical for discussions about the future of US and world energy policies.

Mr. Arnold Gundersen, Chief Engineer of Fairwinds Energy Education, informs the public about the consequences of nuclear energy. He is a former nuclear industry executive, who is actively researching existing nuclear plants, nuclear accidents, and their consequences. He has visited Fukushima four times since the meltdown and has regularly appeared on CNN and other media outlets to comment on the Fukushima nuclear disaster.

Since 1991, Prof. Timothy Mousseau (Department of Biological Sciences at the University of South Carolina) Columbia) and his collaborators at the USC Chernobyl Research Initiative and Fukushima Research Initiative have studied the ecological and evolutionary consequences of the radioactive contaminants affecting populations of birds, insects, and the people inhabiting Chernobyl,Ukraine and Fukushima, Japan. 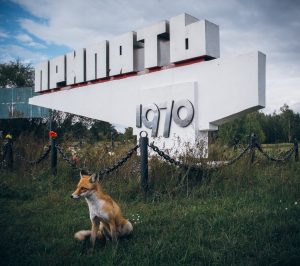 Photo by G Meyer on Unsplash

Sponsored by the College of the Environment