Each year, the Patricelli Center for Social Entrepreneurship awards three $5,000 seed grants to fund the launch or early-stage growth of a project, program, or venture. Eat At The Table Theatre Company, run by Kai Williams ’20, was one of this year’s winners. This is Kai’s first report since receiving funding from the PCSE in March 2018. 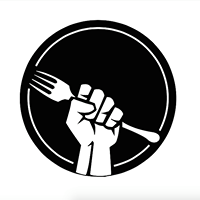 Since receiving the Patricelli grant, these past three months have been an immensely busy and invigorating time for Eat At The Table Theatre Company. Our team has expanded and we have begun to develop a production that we are so proud of already.

In April, we selected Ntozake Shange’s remarkable poem-play For Colored Girls Who Have Considered Suicide When The Rainbow Is Not Enuf to be performed with E.A.T.T. as our Summer 2018 production. Ms. Shange’s play, which premiered in 1976, weaves together multiple narratives and provides a vast spectrum of experiences and themes, including self-love, romance, assault, abortion, and, perhaps most prominently, friendship amongst black women.

In the spirit of keeping up

with our peers (of whom our audience mostly consists) and maintaining cultural relevancy, we have decided to set our production within a fictionalized liberal arts university. Our creative goal is to find commonalities in the play’s original various narratives and in the experiences of being a student of color at a PWI (pre-dominantly white institution). We also spent a lot of time discussing the cornerstones of E.A.T.T., casting equity and equal opportunity for performers, and made the executive decision to allow any actor of color, regardless of gender identity, to audition. This play is typically performed only by women, but we felt it necessary to honor our commitment to inclusion and diversity, and thus did not uphold any gender stipulations.

We finalized our fantastic cast and crew in May. Both the cast and the crew consist of Wesleyan and Swarthmore students as well as previous members of the E.A.T.T. team. We also upgraded to a beautiful black-box theater in Midtown Manhattan, a primary goal of ours that I spoke about in my presentation.

As we near the beginning of June, the imminent weeks are sure to be incredibly immersive. A few of our upcoming goals and priorities include:

Beginning rehearsals: Next week we will begin full-cast rehearsals. We have been able to secure new spaces for rehearsals as well as for performances and we are excited to get to utilize larger spaces. A lot of this production will include movement and music to an extent that E.AT.T. has never reached, so we are very excited to explore these aspects. In honor of our identity as an “affinity theater” and our emphasis on community, we plan to dedicate many of our cast meetings to bonding and understanding one another not just as actors and artists but as people and students of color. We’ll be doing lots of group activities!

Getting a head start on publicity: Another important element on our radar is publicity. This year we are attempting to increase our reach and visibility by kicking off a social media campaign that will be revealed later. We want to make sure we are appealing to a vast audience and that we are doing so as soon as the production begins, not just around the time the show premieres.

Finding creative ways to fundraise: We are also focusing on fundraising for E.A.T.T. outside of the show, so that we may expand upon our mission by developing other programs for young actors of color, as well as sustain E.A.T.T. in future years. The money we receive from fundraising will most likely help us grow in size and also in content. We would love to be able to spread E.A.T.T.’s mission and grow the company by booking more speaking arrangements, developing educational programs for very young actors, and continuing to produce shows.

We are so thrilled to really jump into production this month! Again, a production of this scale would not be possible without the support of the Patricelli Center and we are deeply grateful for their generosity and the opportunities they provide. We’d also like to say thank you to Makaela, for being so wonderfully helpful and for guiding us in this process. We hope to see everyone at our show, July 20th, 21st and 22nd, details to come!