Jewett Center for Community Partnerships Assistant Director appointed to the Connecticut Commission on Equity and Opportunity.

Created through Connecticut State Senate Public Action 16-3 – the Connecticut Commission on Equity and Opportunity (CEO) has been mandated to focus its efforts on the quality of life for members of the African-American, Asian Pacific American and the Latino and Puerto Rican populations in the state of Connecticut.

Earlier this month, Diana Martinez, the Assistant Director of the Jewett Center for Community Partnerships became one of twenty-five Connecticut residents appointed to this commission. This is a significant recognition of Diana’s commitment to contributing to the civic life and political education of residents across Middlesex County and beyond.

The CEO uses a cross-cultural lens to inform public policy and involve traditionally underserved populations in the legislative process.

Recently, the CEO has committed to deliberately engaging communities to learn more about the work and concerns of residents and leaders from across the state.  In May of this year, the Jewett Center for Community Partnerships  hosted a town hall meeting which provided an opportunity for residents from across the region to connect with the CEO.

This “was just a start,” said Subira Gordon, executive director of the CEO, of an effort to engage residents from across the state.  “It is great to hear from community members about the issues facing them,” Gordon said. “We will take those recommendations back to the capital and use them to make positive changes.”

Diana’s appointment to the Commission on Equity and Opportunity will surely bolster its efforts to engage and advocate for communities of color across the state. 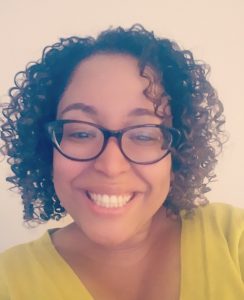