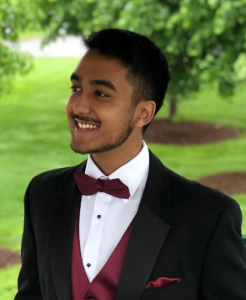 During Fall Break, I decided to pursue political organizing in Muslim communities here in Connecticut as a Council on American Islamic Relations (CAIR) Civic Engagement Fellow. My responsibilities were to organize and hold voter registrations drives across various Islamic community centers and mosques to get more Muslims involved in the upcoming election. In doing so, I sought to tap into the potential of the 200,000 Muslims living in Connecticut during a serious and unprecedented political epoche. The Muslim American demographic is one of the most affected by the current presidential administration’s rhetoric and actions, yet it also seems that we are the most silent.

Over the course of my fellowship, I had the chance to speak to several dozen Muslim community activists, spiritual leaders, and ordinary workers. I heard how they were affected by policies such as the Muslim travel ban, as well as how the lack of Department of Justice enforcement of hate crimes made them feel. Many told me they had felt that an administration that treated Muslims in this manner was long expected after nearly two decades of post-9/11 Islamophobic rhetoric intentioned to separate Muslims and Americans as two different things. Not too surprisingly, when I encouraged these Muslim Americans to register to vote in order to make a difference, many felt too insignificant to do so. The widely held perception among Muslims Americans is that Islamophobia is deeply rooted in American society. Even my own mosque — the largest in Connecticut — is located in the heart of a town that voted for Trump by 11 percentage points.

In these conditions, I was not able to fulfill my goal of registering 100 voters, although I came extremely close. I did manage to convince many of my fellow Muslims to continue to speak out against travesties of justice and attend protests that would raise attention on issues affecting our community, such as the travel ban, and to demand more action from our current political representatives. I also found success in managing to reassure Muslims that if they faced discrimination, CAIR was an organization that would fight to defend their rights. In the end, I remain determined to tap into the vast potential of Muslim Americans to affect political change, but I also realize that there are significant social hurdles to overcome in order to achieve this higher degree of involvement. The advice I would give to someone who seeks to be involved in this type of political engagement is to know your audience and target demographic thoroughly, and build your campaign around their perceptions.