Foreign Intervention in Africa after the Cold War: The Role of Outsiders in the Current Crisis

Foreign Intervention in Africa after the Cold War: The Role of Outsiders in the Current Crisis
with Professor Elizabeth Schmidt

Outsiders often perceive Africa as a continent in crisis, and many blame Africans for their plight. Schmidt argues that many current crises are the result of foreign political and military intervention during the Cold War and its aftermath. In this talk Prof. Schmidt explores the rationales used to justify foreign political and military intervention in Africa since the end of the Cold War. 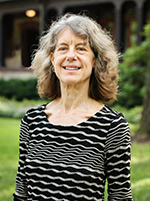 Elizabeth Schmidt is a professor of history, emeritus, at Loyola University Maryland. She received her Ph.D. from the University of Wisconsin and has written extensively about US involvement in apartheid South Africa, women under colonialism in Zimbabwe, the nationalist movement in Guinea, and foreign intervention in Africa. Her half-dozen books include: Foreign Intervention in Africa after the Cold War: Sovereignty, Responsibility, and the War on Terror (Athens: Ohio University Press, 2018)