Caroline Bhupathi ’20 was selected to receive a Conference Grant from the Patricelli Center for Social Entrepreneurship. With this grant, Caroline traveled to Orlando to attend the Grace Hopper Celebration. You can read Caroline’s reflection below, read past grantee reflections here, and visit the PCSE website to learn more about all of our grant programs. 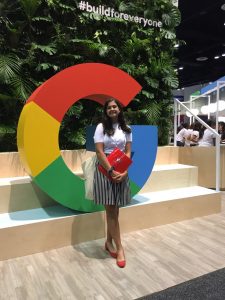 The first time I heard about Grace Hopper Celebration, I was in the basement of Exley for my COMP212 CA session. As I was typing away at my laptop, I overheard CA Alex Pachter ‘19 say that she wanted to attend “the world’s largest gathering of women technologists.” As someone whose computer science classes consist of only a handful of women, I decided to make one of the best decisions I have ever made, which was to stop my typing and ask her more about it. Two years later, I had the opportunity to attend GHC 19 myself. From October 1st to October 4th, I was 1 of 25,000 women in Orlando, Florida who was given the space to learn and ask questions without fear or judgment.

Since opportunities in technology are so vast, my general computer science degree from a liberal arts college did little to assist in providing me with a clear path. For this reason, I initially sought to attend GHC in order to discover distinct opportunities, clearing up what seemed to be a daunting industry to enter, especially for a woman. So, in order to maximize my time at GHC, I reached out to previous GHC goers who had been in similar positions as I was in. A few of whom I knew quite well who went to Wesleyan, being Olivia Kim ‘19 and Emma Freeman ‘19. Though I am close to each of these women, I know that Olivia Kim received the Patricelli Conference Grant in order to attend GHC 18.  As for Olivia and Emma, I reached out to both of them the summer of 2019. Olivia gave me access to her interview prep course that she took the summer before she went to GHC, and Emma gave me insight into the interview processes for a few companies I was looking at. 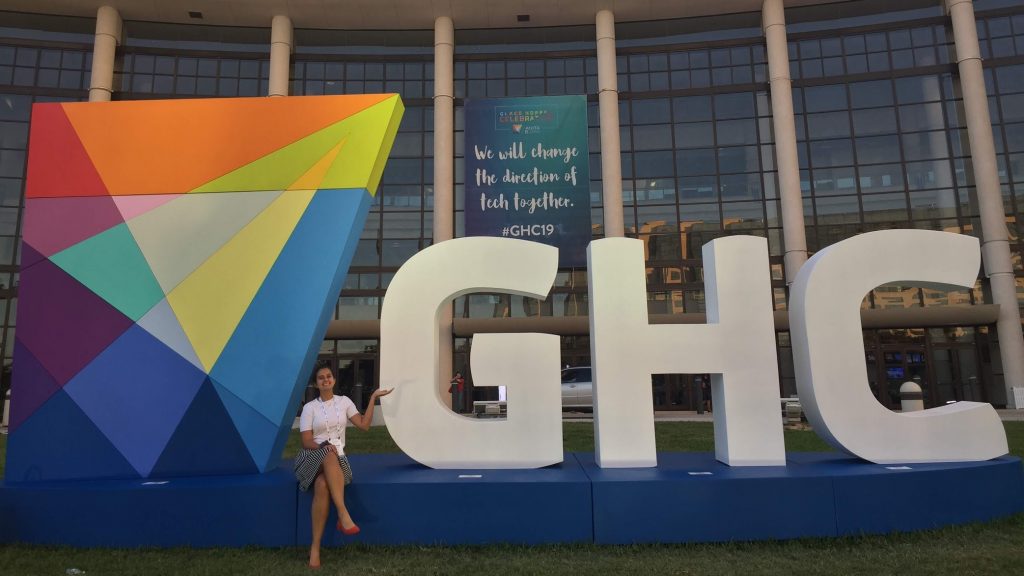 The preparation for GHC is arguably just as important as the conference itself, and I thank these women immensely not only for guiding and helping me with their experiences and advice but also reminding me that I had a community of women in computer science at Wesleyan. Once all preparation had been done, the last step to take before going to GHC was submitting my resume to the resume database. Doing this is extremely important since this is where companies screen resumes to determine who to extend interviews to. While there are opportunities to get interviews scheduled at GHC, solidifying them in advance is preferable. After having prepared for my interviews, submitted my resume, and packed my business casual clothes, all that was left to do was soak in as much as I could at GHC.

The first day of GHC 19 began with walking into the convention center to watch the opening keynote speaker. Though her speech was thoughtful and uplifting, nothing compared to the surreal moment of walking into the auditorium with rows and rows of women as far as the eye could see. Such a sight was truly inspiring. Once the welcoming ceremony ended, I made my way to the career fair. This career fair is unlike any other. Rather than plain booths, there were entire rooms built for companies so that attendees could wait in line to speak with recruiters, and there were moving signs and robots roaming the floors. It took me a minute to catch my breath just taking it all in. Once I got over the initial awe of the career fair, I made my way to various company “booths” to strike up conversations with recruiters and employees to hear more about their company. Doing so on the first day of the conference is important because more often than not, an interview will come out of it. Keeping several resumes on hand is necessary for such interactions (I believe I printed out 50). For instance, I stopped by a booth for a company I had been contacted for an interview. By doing so, I was invited to the company’s networking after party at Epcot at Disney World. I had known barely anything about the company prior to going to the event but came to find out how much the company valued women as many women held high positions within it. The company showed the attendees that its actions spoke louder than any words in a summary on a company website ever could.

These types of interactions continued for the next couple of days, though I gave my voice and feet a break from time to time by sitting at the Technology Showcase Theater to watch representatives from companies show their latest technological advances. This routine of mine continued until the last day of the conference, where I listened to various closing keynote speakers who elegantly packaged what we had all just experienced into 15-minute speeches. Finally, I ended my time at GHC 19 by attending the final event, which was the celebration.

In all honesty, Grace Hopper is an intense experience that requires months—even years—of preparation. However, with that said, it is worth every second not only in preparation but in attendance. This experience is inspiring and eye-opening. I had never felt like I belonged in computer science or the tech industry as a woman more than I did at Grace Hopper. That, and I received a full-time offer from Qualcomm, which is the company I will be working at after graduation. For all of these reasons, I am incredibly lucky and grateful to have been able to attend Grace Hopper and hope to help in guiding other women and minorities in seeking such opportunities. 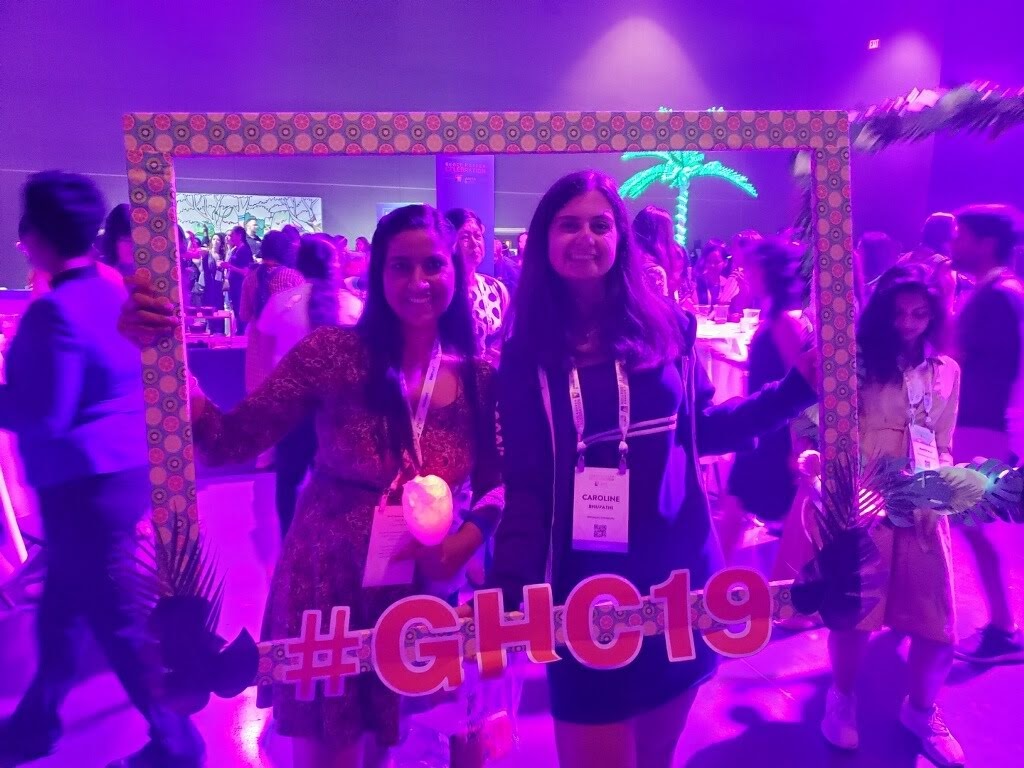