Talking about Race with Jelani Cobb 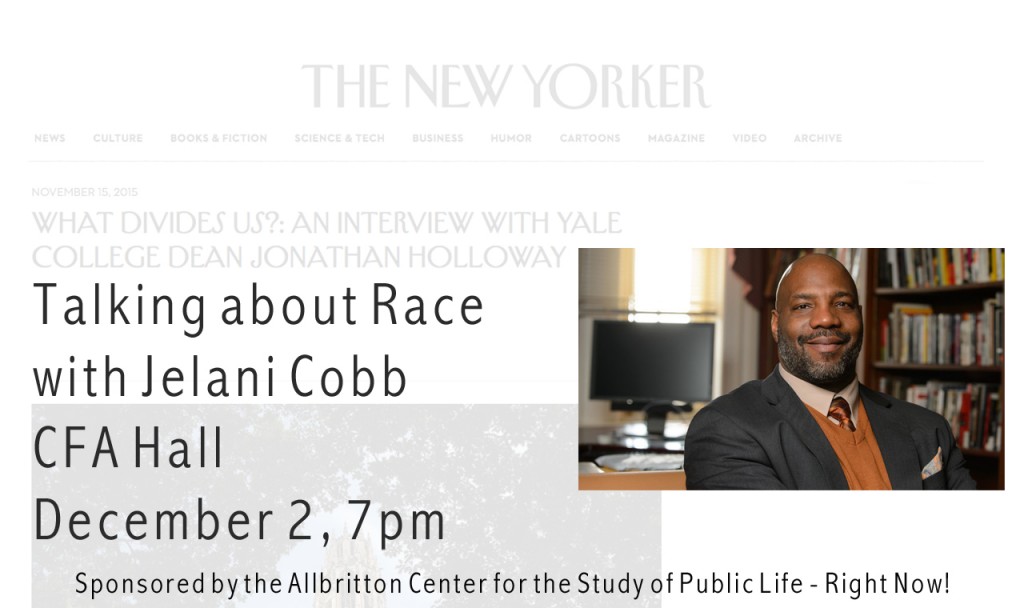 Jelani Cobb, PhD is an Associate Professor of History and Director of the Africana Studies Institute at the University of Connecticut Professor, an author, and a Staff Writer for the New Yorker. His book, the Substance of Hope: Barack Obama and the Paradox of Progress, was published in 2010 through Bloomsbury Publishing. 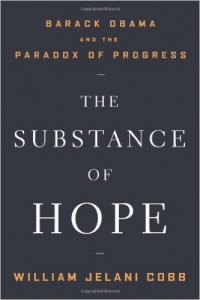 His most recent published pieces include:

What Divides Us?: An Interview with Yale College Dean Jonathan Holloway 11/15/15

“In 2015, he received the Sidney Hillman Prize for Opinion & Analysis Journalism for hisNew Yorker columns, in which he combined “the strengths of an on-the-scene reporter, a public intellectual, a teacher, a vivid writer, a subtle moralist, and an accomplished professional historian…In awarding him the Hillman Prize for Opinion and Analysis Journalism, the jury wrote, “No one has done a better job of placing [the events in Ferugson, MO]—and similar happenings in other places like Sanford, Florida, Cleveland, Ohio and Staten Island, New York—in their broader context than Jelani Cobb.” Further: “Cobb met the challenge of describing the turmoil in Ferguson in a way that cut through the frantic chaos of ‘breaking news’ and deepened readers’ understanding of what they were seeing, hearing, and feeling. Ferguson was not an aberration, he showed, but a microcosm of race relations in the United States—organically connected to the complicated legacy of segregation and the unpaid debts of slavery itself. “” – The Lavin Agency

You can watch his UConn MLK Day speech “What Happens When Change Happens” here in which he discusses gun violence and black leadership after the assassination of Martin Luther King Jr, and the legacy of violence that continues to this day. He explores the long-term effects of housing, transportation, and voting policy on racial discrimination and life outcomes today, especially the convoluted effect that discrimination legislation has been used to argue that the rights of white and straight people are in danger.

We are looking forward to hearing from Jelani Cobb on Wednesday, December 2, 2015.