Can American Government Be Fixed? A Discussion with Philip K. Howard 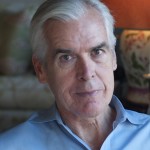 Philip K. Howard is a lawyer, civic leader, and writer whose work addresses the effects of an overly complex legal code on our governing system and daily lives. In The Rule of Nobody, he argues that the American government is paralyzed by detailed, outmoded laws, and advocates for a radically simplified system where officials and citizens are free to be practical — to ask, “what’s the right thing to do?” rather than, “what does the rulebook say?”

Howard will visit Wesleyan on Wednesday, February 4 to discuss issues facing American public law and propose sensible solutions that would allow us to meet the challenges of this century.

Howard is the author of the best-seller The Death of Common Sense, as well as The Collapse of the Common Good and Life Without Lawyers. He writes periodically for the New York Times, Wall Street Journal, and Washington Post and has appeared on The Daily Show with Jon Stewart, among other programs. He has advised national political leaders for fifteen years, and is the founder of Common Good, a nonpartisan reform coalition.

This event will be held at 4:30 PM in PAC 002 and is sponsored by the Allbritton Center for the Study of Public Life.