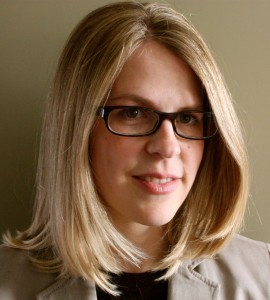 Erika Franklin Fowler is Assistant Professor of Government and a co-director of the Wesleyan Media Project (WMP). The Wesleyan Media Project tracks advertising in election campaigns around the country by identifying the source of the funding with the intention of enhancing the public’s ability to understand where these campaign contributions are coming from. Professor Fowler brought the Wesleyan Media Project to campus after working as a graduate student under Ken Goldstein at the University of Wisconsin. The project moved to Wesleyan in the 2010 election cycle. Here, Professor Fowler works with Laura Baum, Dolly Haddad, student employees, and WMP co-directors Michael Franz, and Travis Ridoult. WMP’s goals are to increase the transparency of political campaign financing, and to provide empirical data from which citizens, journalists, and policymakers can evaluate the campaign finance system.

This goal was realized in 2014, when Senator King, of Maine, utilized WMP in a hearing of the Senate Rules Committee.

The hearing, “Dollars and Sense: How Undisclosed Money and Post-McCutcheon Campaign Finance Will Affect the 2014 Election and Beyond,” was the first to focus on campaign finance since the Supreme Court decision, which abolished caps on an individual’s aggregate donations to all federal candidates, parties and some political committees.It followed a report from the Wesleyan Media Project and the Center for Responsive Politics that revealed an estimated $43.1 million has already been spent on senatorial races this election cycle, representing a 45 percent increase compared to the same point in 2012. – King Calls for Expanded Disclosure as New Report Highlights Increased Prevalence of Dark Money in U.S. Elections

You can watch the hearing here. Campaign finance reform is a politically challenging issue, but the Wesleyan Media Project’s research is providing an empirical foundation for discussion of reform, and filling a need for evidence-based, and publicly accessible data.

In 2014, WMP launched AttackAds.org, a site dedicated to informing the public about  “dark money” behind anonymous attack ads. The site is a free educational resource for the public. It features graphic representations of the rise in negative ads, a video about their work, and a quiz you can take about your knowledge of interest group advertisers. The quiz was written, developed, and programmed by students through Professor Fowler’s course, Advanced Topics in Media Analysis. Each semester, students complete projects that are related to current research of the Wesleyan Media Project. Professor Fowler values this immediacy as critical to her students’ developing real-world skills. In it’s first year, students from Advanced Topics in Media Analysis presented their paper, “A Messenger Like Me: The Effect of Ordinary Spokespeople in Campaign Advertising” at the American Political Science Association Conference in Washington, DC.

The paper considers the effects of using non-elite spokespeople (ie. “the everyman”) in political advertising. The authors draw upon the Wesleyan Media Project’s vast database of political advertising, as well as original coding on almost 300 ads, and a new large-scale survey data set assessing the effectiveness and credibility of 2012 campaign ads. They found that using ordinary spokespeople is a common tactic, particularly in negative campaign advertising, and that their use is associated with higher credibility scores than ads without them, even after controlling for partisanship and political sophistication. – “Fowler, Baum, Students Present Paper at Political Science Association Meeting,” by Laura Rubenstein

This semester, students are working on two projects. One group is tracking real-time coverage of campaign financing, while the second group is analyzing advertising references to the Affordable Care Act. Much of the project’s published research is available on their blog.

Following in their tradition of making their research publicly accessible, The Wesleyan Media Project published a book, Political Advertising in the United States, in February of 2016. The book is:

A resource for journalists, citizens, students and practitioners highlighting trends in political advertising, why advertising varies and how shifts in the campaign finance landscape have affected the tone and sponsorship of messages on air. In addition, it reviews what scholars know about advertising’s effects on citizens and the system at large.- The Book is Here! 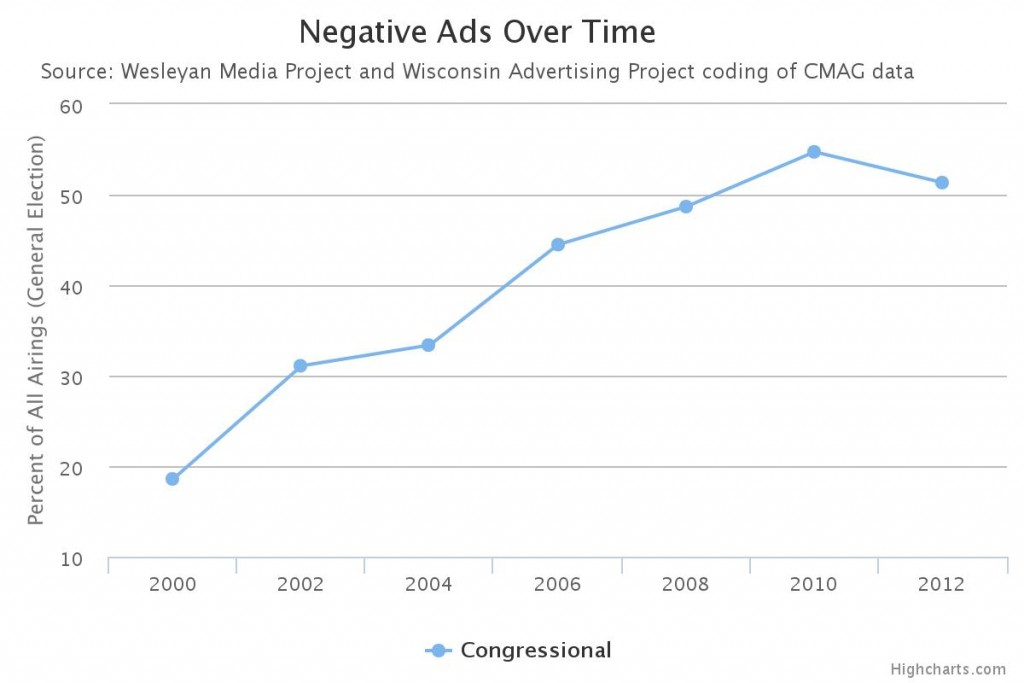 By publishing real-time results through press releases during elections, and speaking to journalists and blogging about research relevant to these issues on WMP’s site, Professor Fowler has made the Wesleyan Media Project’s research available to the general public, so it can influence citizen’s civic engagement and voting decisions.

Professor Fowler’s interest in media analysis extend beyond campaign advertisements. Along with Assistant Professor Sarah Gollust, of the University of Minnesota, she published a recent piece, News coverage of vaccine controversies drives down support for vaccines, in which they investigated the role of media coverage in shaping public opinions about vaccinations. They found that even years later, news reports regarding vaccination policies refer back to political controversies around them from years before. This has very real consequences, as exposure to controversy may lower public support for vaccinations.

In a new article, we examine two recent health-related controversies: the 2009 dust-up over mammography screening guidelines and the 2006-2007 debate over whether to require girls to get the HPV vaccine. The key lesson regarding vaccines is this: the more the news media devoted attention to the political controversy, the less the public supported vaccination. – News coverage of vaccine controversies drives down support for vaccines, Professors Fowler and Gollust

Through her work, Professor Fowler finds creative ways to engage students and citizens in the power of data analysis to illuminate the role of media in a democracy.