Clifton Watson will become Wesleyan’s next director of the Jewett Center for Community Partnerships, starting February 5, 2018.  Watson succeeds Cathy Lechowicz, who became Middletown’s director of Recreation and Community Services in October 2017.   He comes to us with a strong background in community organizations and leadership development.  He started his career working for LEAP, a community partnership in New Haven, while an undergraduate at UConn.  He is currently the education and youth development program manager at the Fairfield County Community Foundation. Before that, he was the director of the African American Male Initiative at the Children’s Aid Society in New York City for several years, and he has also worked at the Princeton Center for Leadership Training, Grand Street Settlement, and Prep for Prep, among others.  Watson is a New Haven native with a bachelor’s degree in African American studies from the University of Connecticut, a master’s degree in history from North Carolina Central, and a doctorate in history from Fordham.  His Ph.D. thesis concerned the migration of African-Americans from the South to Newhallville, the very area of New Haven in which he grew up. 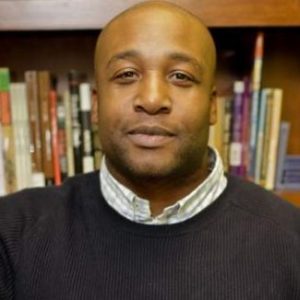