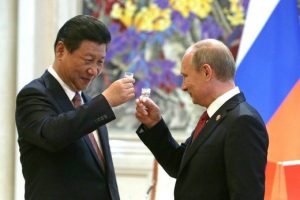 Dr. David Abramson, Senior Analyst in the Office of Analysis for Russia and Eurasia at the U.S. Department of State. will discuss the drivers of Russia’s outreach in Asia and its prospects for success.

Putin initiated his pivot to Asia policy even before the West began imposing sanctions on Russia in response to its annexation of Crimea and invasion of eastern Ukraine in 2014.  Putin’s reaction to the U.S. and European-led condemnation was to double down and demonstrate that Russia had partners other than the West and would not remain isolated.  Consequently, Moscow has been reaching out actively to both familiar and nontraditional partners in Asia, but has a long way to go in building trust and following through on its commitments beyond the optics of trying to reestablish itself as a global power. 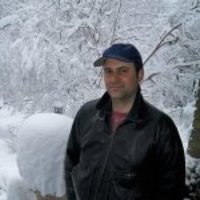 Dr. David Abramson (Wesleyan Class of 1987, Russian Language and Literature) is senior analyst covering Russia’s relations with Asia for the U.S. Department of State’s Bureau of Intelligence and Research, Office of Analysis for Russia and Eurasia.  He previously worked for many years as a Central Asia analyst, focusing primarily on Uzbekistan, Tajikistan, Kyrgyzstan, and Islamic trends in Eurasia. During 2001-2005, Dr. Abramson spent four years in the Department’s Office of International Religious Freedom, monitoring and promoting religious freedom in the Middle East as an element of U.S. foreign policy, advising on outreach to the Muslim world, and engaging with Muslim-American communities.  Dr. Abramson also teaches courses on Central Asia at Georgetown University and has published on Islam, national identity, and foreign assistance in Central Asia, and on anthropologists working on national security.  He received his doctorate in Cultural Anthropology from Indiana University where he specialized in community and conflict in post-Soviet Uzbekistan. 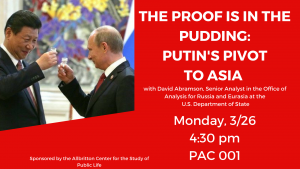