In this series, we interview Wesleyan students and recent alumni who have founded businesses, nonprofits, and social enterprises. This post features AJ Wilson, founder of Dream Chasers. He was part of the inaugural class of Patricelli Center Fellows, and received a $5,000 Patricelli Center Seed Grant in February 2017. Read other Student Startup stories here. 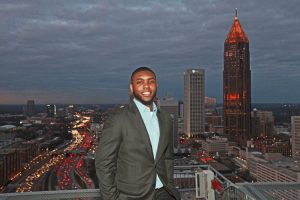 Tell us about your startup:

Dream Chasers is a six year old 501(c)(3) nonprofit dedicated to closing the opportunity gaps in communities through student-led social and educational initiatives. Dream Chasers is a unique organization because it is powered completely by students, for students . Every program and event is student-inspired and student-driven. While many mentorship programs and organizations exist, they are not student-led. Students need to be independent; they need to create, innovate, learn from their peers, and have a safe place to pursue any academic dream they desire. Through Dream Chasers and our programming, students are masters of their own development while being part of an empowered community of like-minded emerging adults. In Dream Chasers’ six years of existence, we have affected the lives of over 5,700 students through our programming in Georgia, Tennessee, and New York and have assisted our students in earning over $1.4 million in scholarships for higher education. We have been featured by Nickelodeon, ChooseATL, WSB-TV, NPR, Clinton Global Initiative University, Study Breaks Magazine, Wesleyan University, Primrose Schools and others for our work. 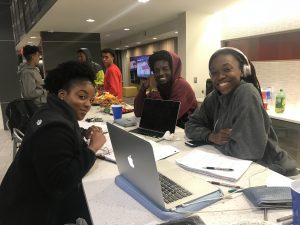 Why did you decide to create your startup?

The idea came from a series of different motivations. The first was my experiences-spending a lot of time in afterschool programming as a child due to having two working parents who had long hours and I honestly hated it. I was frustrated with how students were forced to spend their afterschool time. My friends and I called “After School Prison” or ASP for short. I was frustrated with how students were forced to spend their afterschool time and as I got older I realized that if it wasn’t for sports, I would have spent my afterschool time in middle school and high school doing things I probably shouldn’t be doing. And that became the reality for some of my friends. My second inspiration was this idea or frustration that there is very limited space in the K-12 educational system for students to explore their academic dreams and goals. Everything is predestined for you. But I became frustrated as a student because I wanted space to explore what I wanted to explore academically. There were no spaces where I saw students fully able to dictate their dreams academically. Finally, as I got older I read about opportunity gaps and realized that opportunity gaps not only keep students from pursuing their academic dreams but keep students from filling the true trajectory of what their lives could be. So, I ended up interning at a nonprofit organization called Gideon’s Promise during the summer of my sophomore year in high school. I learned about what a nonprofit does and how they go about solving problems and quickly realized these types of organization might be the answer to relieving the frustrations I had felt as a younger student. In the summer of 2012, Dream Chasers was born aiming to close the opportunity gaps for all students through student-led educational initiatives and programming. 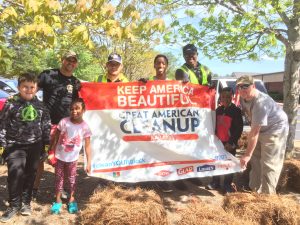 If you started it as a student, how did you juggle it with everything else?

I actually started Dream Chasers as a junior in high school! The only way that I was able to juggle all of the responsibilities of being a non profit founder with my clubs, being a three sport athlete, college applications and all the other things that come with being a high school student, was through a very strong support system. My mom was a huge fountain of support for me, from introducing me to the right people, to helping me refine Dream Chasers’ vision, to giving me some of my first opportunities to run Dream Chasers programming. I also had great mentors and peers who helped me along the way as I was trying to figure out what exactly I wanted Dream Chasers to look like. Without my mom, my mentors, and my peers all supporting me, Dream Chasers would not exist today.

How did you choose your legal structure and what was it like incorporating?

Honestly, I didn’t know much about the details of nonprofits when I was 16, but I interned at a non profit the summer before I decided to found Dream Chasers and I knew that nonprofits were mission-driven and they helped people. I wanted to help other youth in my hometown and that was my mission. I didn’t want to make money from what I was doing, because I wasn’t necessarily selling anything. That’s how I decided to become a nonprofit organization. Incorporating Dream Chasers was a huge learning process. A family friend actually helped me with the paperwork. I learned a lot about the process of incorporating and becoming an official nonprofit organization through her knowledge and being helping along in the process. There are so many things that I didn’t know but learned through my experience. It took me two tries to correctly apply, but Dream Chasers was finally approved to be an official nonprofit organization around six years ago! 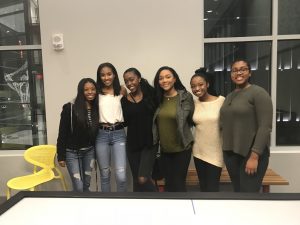 What was your biggest challenge and how did you overcome it?

I think Dream Chasers’ biggest challenge for a very long time was the organization was too focused on me as an individual. The organization was synonymous with AJ Wilson and that was never the intention. Dream Chasers was designed to be a network of like-minded peers being supported and emboldened to chase that bold, “wild crazy” academic dream that has always been in their heart. Dream Chasers needed to have a community-like feel and that was something that was finally accomplished through me finally trusting others with my brain child and the establishment of our chapter based model. Dream Chasers now has different chapters or branches on college campuses throughout the country. Each chapter is ran by an extremely talented and trained Campus Coordinator, who runs Dream Chasers programming that is tailored to the needs of each community that the chapter serves. This new focus on the chapters and the coordinators allows for Dream Chasers to fully serve its purpose. Each month, Dream Chasers is now able to promote a broad spectrum of amazing work that is being done by a collective of students. When one looks at Dream Chasers now, they know longer see AJ Wilson, but they see the work of a community of students who are all striving towards closing any and every opportunity gap that could stand in the way of a student‘s biggest and bold is academic dream.

What advice would you give to your younger self?

I would tell my younger self to trust others more often, and never be afraid to ask that extra question.

Do you have an ask?

Dream Chasers’ biggest ask right now would be that we are in search of new board members. Dream Chasers is in a new phase as an organization. We now have 10 chapters in four different states and I recognize that I need accountability and diversity of ideas/direction if Dream Chasers is going to go to the next level of impact. I am looking for experienced professionals who have a passion for students and have innovative ideas and solutions that can contribute to closing opportunity gaps that will ultimately enable students to chase their dreams unhindered.