Established in 1939, WESU 88.1 FM is one of the oldest non-commercial radio stations in the United States. 2019 marks the 80th year anniversary for the station and a unique opportunity for the campus and broader community to revisit its history, impact, potential, and import to the socio-political landscape of the 21st century. Throughout WESU’s history, there have been two constants: first, without interruption, Wesleyan students have continuously operated the station; and second, broadcasts have been focused on new, under-represented, or non-commercial programming aimed at students and the larger community.

Beginning in the Spring of 2019, through the fall of 2019, the JCCP and WESU will host a series of public events and activities to commemorate WESU’s history and impact, and further engage our community.

The station currently broadcasts at the frequency of 88.1 FM from its 6,000-watt transmitter located atop Exley Science Center with a potential to reach over one million listeners throughout Connecticut and Massachusetts. WESU also streams audio, online through the website www.wesufm.org.

Make sure to follow WESU Middletown and Wesleyan ENGAGE on Facebook to stay up to date on our events! 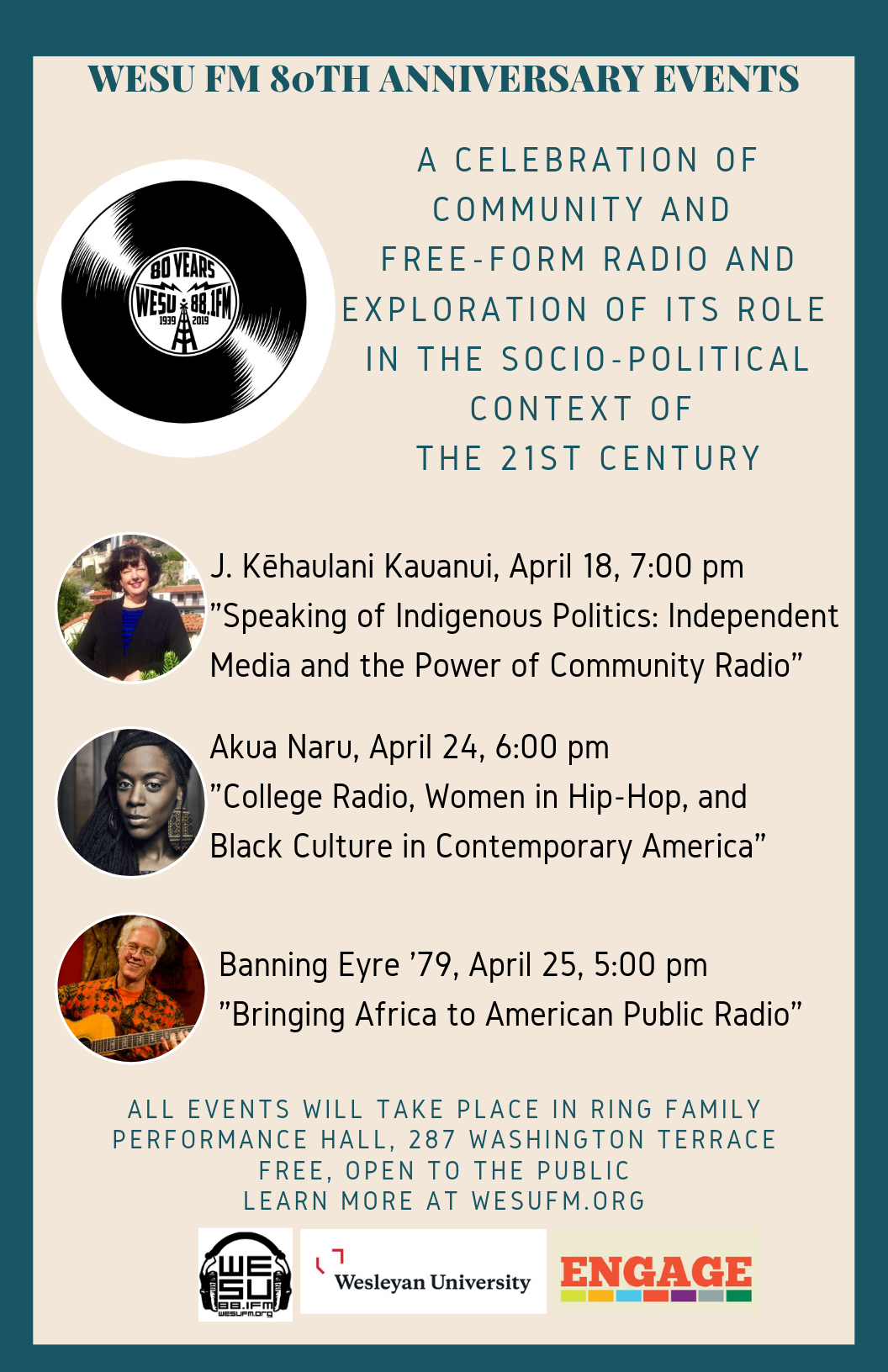