Banning Eyre ’79 will share his work and speak on “Bringing Africa to American Radio.” 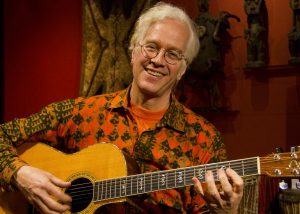 Wesleyan alumnus Banning Eyre (’79) has worked with the Peabody Award-winning public radio program Afropop Worldwide since its inception in 1988. He has traveled to African, Europe and the Caribbean some 25 times doing research for the program. In this lecture, he will sample the highlights and challenges of a remarkable journey. As music, media and politics have steadily changed, the program has had to adapt steadily, but the program’s producers have managed to keep African voices and music in the public radio mix through it all. Eyre will provide insight into how that was done. 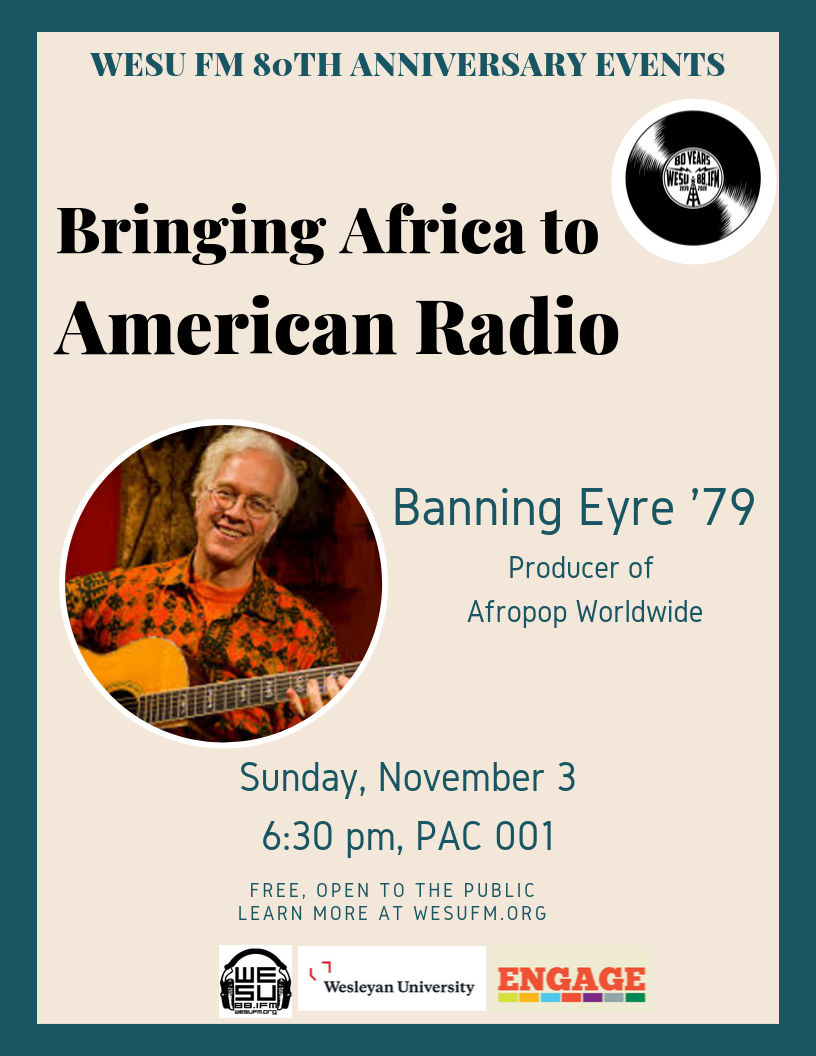