Our Country Our Votes: Young voters weigh in on the election, election coverage, and political discourse today

This E2020 event will feature radio producers Graham Griffith and Kaari Pitkin, as well as youth media correspondents from “18-to-29 Now: Young America Speaks Up” – a collaboration between Radio Rookies and YR Media.

Graham Griffith is a US-based media strategist and career audio producer with a track record of creating programming that responds to the changing media landscape. From launching Rhode Island’s first public radio program in 2000, to creating the award-winning, national talk show On Point after the 9-11 attacks, and launching The Takeaway, Graham has developed a unique perspective on podcasting and radio specifically, and journalism in general. He now works with independent media organizations on new media initiatives and in building stronger journalistic practices.  Current and recent clients include the International Committee of Investigative Journalists (ICIJ), On Point, On Being, Fresh Air, Spotify, Transitions OnLine (TOL), Futuro Media, Gimlet Media, Princeton University, and The Conversation US.  His efforts are focused on capacity-building and user-centered design within organizations that recognize the importance of quality, independent media to building stronger civic society. Among other ongoing projects, Graham is currently serving as Executive Producer/Listener in Chief for NPR and WBUR’s On Point.
Find him on his website. 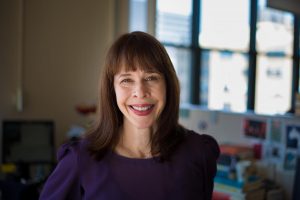 Kaari Pitkin is the Executive Producer of Radio Rookies, WNYC’s Peabody award-winning youth journalism program that teaches people to report and produce radio documentaries rooted in their own experiences. Radio Rookies is a part of WNYC’s Narrative Unit and contributes regularly to The Stakes.
Radio Rookies is known for its highly produced and sound rich portraits of life for teenagers in NYC today, producing stories about everything from gentrification to school segregation to gaming culture, all using first-person journalism. Under Kaari’s leadership, Rookies has been recognized by the Robert F. Kennedy Award for Journalism, the National Edward R. Murrow Awards, the Society for Professional Journalists and the Third Coast Festival Awards. In 2018, Kaari was the senior producer of Caught: The Lives of Juvenile Justice, which won an Alfred I Dupont-Columbia Award. Before moving to Radio Rookies, Kaari worked as a producer in WNYC’s newsroom for eight years. She lives in New Haven, CT with her family.
Find her on Twitter @kaaripitkin. 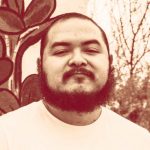 Antonio Villaseñor-Baca is a Xicanx bilingual journalist, photographer, poet and writer from El Paso, Texas. Antonio spends his time listening to music and working toward his MFA in creative writing at the University of Texas at El Paso. He also teaches, runs his own music magazine, serves as online editor for Minero Magazine and writes for YR Media, El Paso Inc. and Borderzine. For 18-to-29 Now, Antonio reports on border identity and how misconceptions and stereotypical narratives affect borderlanders along the United States-Mexico border.

Erianna Jiles studies creative writing at Metropolitan State University in St. Paul, Minnesota. Previously, she studied journalism at North Dakota State University, where she documented her experience as a Black student on a mostly white campus. Erianna has produced stories for KFAI, where her work won an SPJ Page One Award, and has worked on multiple American Public Media podcasts. For 18-to-29 Now, Erianna reports on college affordability and how students are making ends meet. 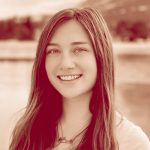 Kaleigh Cunningham grew up in Pennsylvania and graduated from Kuztown University, where she founded a Young Americans for Liberty chapter. Kaleigh now lives in Montana, where she can be found getting outdoors as much as possible with her dog Slevin and empowering young people to act on the environment as deputy national field director at the American Conservation Coalition Campus. Kaleigh is an independent who typically votes third party — a choice she’s reporting on for 18-to-29 Now.

About 18-to-29 Now: Young America Speaks Up: “We are 18- to 29-year-olds. And we have the most at stake in the 2020 election. There is a lot of speculation in mainstream media about which candidate we will vote for and how many of us will actually go to the polls, but very little attention paid to our actual experiences and perspectives when it comes to the issues being debated on the national stage. These issues are more than talking points for us. They are the struggles that define our communities and our futures. They are our stories, they need to be told and we want to be the ones to tell them. Follow us as our perspectives are featured here and on partner outlets over the months leading up to the general election.

YR Media and WNYC’s Radio Rookies carried out a national contributor search. From more than one hundred applications to our open call for contributors, we selected a team of 13 talented young media makers. Contributors are racially and ethnically diverse, identify across the political spectrum, and represent every region in the country. With support from YR Media and Radio Rookies editorial staff, they are producing content in audio, video, and print formats on issues including race and criminal justice, #BlackLivesMatter, health care access, poverty, education, LGBTQ rights, college affordability, homelessness, opioid addiction and immigration.”