About Kai Bond:
Kai Bond is the Director of Product Strategy at Samsung. Kai is currently leading the Samsung Extra product, which allows users to access contextually relevant content on their Smart TV’s while watching live television broadcast. Prior to that Kai was the founder of pixie TV, an application that allowed users to broadcast their Twitter feed, Instagram photos, fantasy football roster, and custom news ticker to their television sets. pixie was acquired by Samsung in August of 2014. 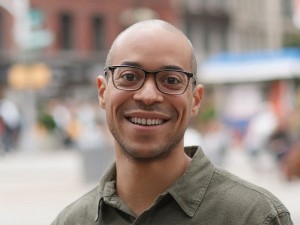 Prior to joining the Samsung Accelerator to launch Pixie, Kai was a GM at Hatch Labs, an incubator which launched Tinder, Blu Trumpet, and CashPlay Games. During his time at Hatch, Kai also founded CashPlay Games, a mobile game studio that combined the fun of casual games with the excitement of winning real cash prizes. Kai has also held roles in corporate development and product strategy at Microsoft, IAC / InterActive Corp, and Gerson Lehrman Group.

Kai has a B.A. from Wesleyan University.