Cathy Lechowicz is leaving her role as the Director of the Jewett Center for Community Partnerships to become the next Director of Recreation and Community Services for the City of Middletown. Cathy will remain at Wesleyan through the end of September and then will begin her new role with the City in October.

Cathy came to Wesleyan in 2003 as the Director of Community Service and Volunteerism and was part of the founding of the new Jewett Center for Community Partnerships (JCCP), along with Rob Rosenthal, and became its director in 2011. She took part in the development or founding of many initiatives supporting civic engagement including: the Center for Prison Education and its new partnership with Middlesex Community College, the Allbritton Center for the Study of Public Life, the Civic Engagement Certificate program, Green Street Teaching and Learning Center and various educational partnerships with the Middletown Public Schools.

Cathy has been leading Wesleyan’s efforts to develop a Civic Action Plan, which will spell out ways in which Wesleyan can involve faculty, staff, and students even more actively and meaningfully with the local community. We hope to be able to share the plan this month and there are plans underway to have feedback sessions for community members and organizations during the month of September. University administration is already working with the team in place at the JCCP and Allbritton to ensure ongoing support of our important community engagement programs. There will be a search for a new director who will lead this vital area for Wesleyan.

Please join us in celebrating Cathy’s time at Wesleyan at a reception on Tuesday September 26, from 4:00-5:30 pm in Allbritton 311. Please rsvp to Megan Flagg at mflagg@wesleyan.edu regarding your attendance at the reception. 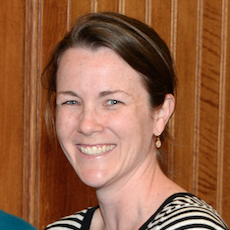