Join us for a film screening of TESTED, and a Q&A discussion with the film’s Writer and Director, Curtis Chin.

The gap in opportunities for different races in America remains extreme. Nowhere is this more evident than our nation’s top public schools. In New York City, where blacks and Hispanics make up 70% of the city’s school-aged population, they represent less than 5% at the city’s most elite public high schools. Meanwhile Asian Americans make up as much as 73%. This documentary follows a dozen racially and socio-economically diverse 8th graders as they fight for a seat at one of these schools. Their only way in: to ace a single standardized test. Tested includes the voices of such education experts as Pedro Noguera and Diane Ravitch as it explores such issues as access to a high-quality public education, affirmative action, and the model-minority myth. 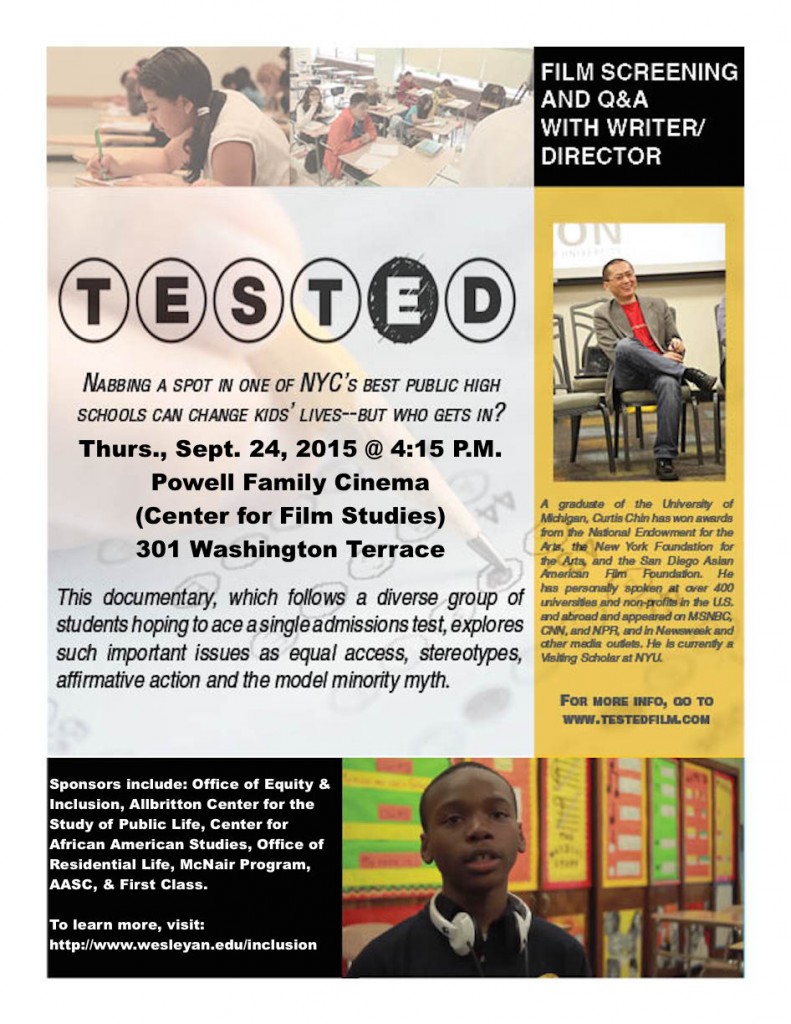 Sponsored by the Office of Equity and Inclusion, the Allbritton Center for the Study of Public Life, Center for African American Studies, Office of Residential Life, McNair Program, AASC, and First Class.