From Art to Action: A Different Response to Wartime Sexual Violence

On June 12, 2015, the art installation “Thinking of You” displayed 5,000 dresses in the football stadium of Pristina, Kosovo, to honor the thousands of survivors of wartime rape. The documentary The Making of #MendojPërTy/#ThinkingOfYou, produced by Anna Di Lellio and Fitim Shala, is a story of art and women activism to change the culture of isolation, resignation and shame that surrounds sexual violence in war. 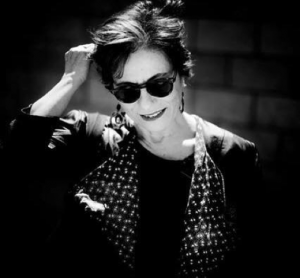 Prof. Anna Di Lellio is a sociologist and policy analyst, whose research focuses on nationalism, security, transitional justice and state-building in the Balkans. She teaches at the Graduate Program in International Relations, The New School for Public Engagement, and at the International Relations Program of New York University. Prof. Di Lellio received her doctorate in Sociology from Columbia University and her Master’s in Public Policy from the NYU Wagner School of Public Service. She worked in Kosovo for years, as political adviser to the Prime Minister; Media Commissioner under the aegis of the OSCE; and research analyst and advisor on the Kosovo Liberation Army program of reintegration for IOM and the United Nations Mission in Kosovo. Among her publications is the book The Battle of Kosovo 1389. An Albanian Epic (I.B. Tauris, 2009), published also in Albanian and Serbian, and the edited collection of essays, The Case for Kosova. Passage to Independence (Anthem, 2006). She is the producer of Thinking of You, a documentary on the making on the art installation by Alketa Xhafa Mripa, dedicated to the survivors of Kosovo wartime sexual violence. Prof. Di Lellio is the cofounder and managing director of the Kosovo Oral History Initiative. In 2015, she was awarded the Presidential Medal of Merits by the President of the Republic of Kosovo. 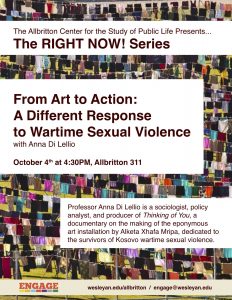