Each year, the Patricelli Center for Social Entrepreneurship awards three $5,000 seed grants to fund the launch or early-stage growth of a project, program, or venture. Appalachian Scholar Project, run by Shingo Umehara ‘18, Kotaro Aoki ’16, Kaito Abe ‘15, and Eiko Otake, was one of last year’s winners. This is Shingo’s second report since receiving funding from the PCSE in February 2017. You can read his other report here.

After our first session, Delicious Movement in Tokyo ended in success, Kotaro Aoki (‘16) stayed in the larger Tokyo area and coordinated a second meeting, “What Is Modernity.” This event was more focused on academic discussion in comparison to our last series, so as to provide a space for more critically inclined mode of inquiry. 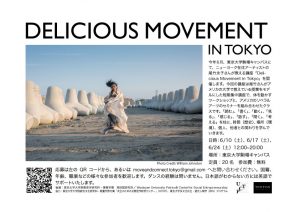 This two-hour session on a Saturday afternoon took place in a classroom in Freedom University, an institution that offers venues for those who want to host educational gatherings. To cover the fees, each participant contributed 10 dollars: a compromise between the issue of economic sustainability of the project and the general aim to make it accessible. This time, 17 people, ranging from high-school students to consultants in their fifties joined together to discuss modernity. As with past events, we saw some participants who are currently engaged in education. Below is a list of things we discussed in the class:

-Affluence and religion (discussion): sandwich model of religion — 3 classes (lower, middle, upper). If you are in the middle, there is a lot you can change on your own, at least economically. The incentive to believe in religion is not strong here, because you have control over your fate. For lower and upper classes, there is not much change they can make (economically speaking, the feeling that they’re stuck), and tend to have stronger needs for spirituality and religion.

-Carl Jung: People have always needed, and will always need, a way to answer the question, “What is the meaning of my life?” The scientific revolution, the value of individuality, and the moral crisis of the World War, has undermined religion as a source for such answers. This spiritual problem may be the cause behind the increase in psychological diseases today.

-Central authority and afterwards (discussion): the book of Ecclesiastes is a good example of the human state without a central moral authority. Could it be that nihilism was always the latent human condition? Now things are decentralized thanks to the Internet, secularization, etc. but people are still looking for someone/something to tell them what’s good and bad.

-Self-regulating market and individualism: In the 18th century, with the rise of the self-regulating market doctrine (Adam Smith’s Wealth of Nations being the main force) and industrial revolution, societies in Europe and America transitioned to a more atomistic, individualistic form of the human association. In this modern era, people lost touch with the cyclical time (existential, as portrayed in Campbell’s Hero’s Journey diagram) and were forced to abide by the linear time (that of the economic time, an endless road of profit and loss). The central authority here is the economic rationality (pursuit of the maximum productivity as a whole and an individual player as pursuers of their best economic interests), which replaced a more organic mythical or religious worldview. And so what? We must create a voice of our own that tells us what is right and wrong, rather than depend on others. That is what Peter Sloterdijk in his You Must Change Your Life proclaims. Sloterdjiik is a German philosopher who advocates Anthropotechnics. We weren’t able to discuss this part in the class. You can read an article on this book here.

The class was a success, and has received positive feedback from the participants. We are looking forward to hosting further events both in the Tokyo and Osaka areas in the coming year. There were many voices that called for more space and opportunity for academic conversations. We hope to continue providing opportunities for those who are interested in experiencing non-traditional styles of learning. As we expand our project, we are looking into making more out of the communities of liberal-arts-graduates in these areas. Members that have experienced seminar style courses in the past, have played a huge role in invigorating discussions. We believe this is going to be a key in improving the scalability of our project; hopefully these participants who have experienced liberal arts education can in turn play the role of hosting similar events.