Dispatches From the Field: Voter Education and Registration in Battleground States

In this E2020 event, voting rights advocates will share their experiences with voter engagement in battleground states. 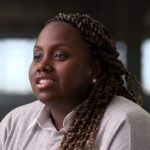 Jayla J. Allen is a voting rights advocate, activist, and organizer. She is a recent graduate of Prairie View A&M University, where she earned a Bachelor of Arts in Political Science and Legal Studies, cum laude. Throughout her undergraduate tenure, Jayla entered into the world of activism and organizing. While at Prairie View, she served in various student organizations and held leadership positions across campus. In her first semester, Jayla was appointed precinct chair within the school’s county, making history with her appointment. She then began a university-wide campaign, focused on student civic engagement. In this role, she partnered with her peers and colleagues, hosting a range of events centered on voter registration drives, candidate town halls and roundtable talks on political participation. In 2018, Jayla joined alongside the NAACP Legal Defense and Education Fund, as a student plaintiff in Allen v. Waller, a federal voting-rights lawsuit. It was after Jayla joined the lawsuit, where she began participating in nationwide efforts of tackling voter suppression throughout the U.S. She has appeared on The Real News Network, MSNBC Politics Nation, NowThis News, an interviewee for Amazon Studios-All In: The Fight for Democracy and has testified before the U.S. House of Representatives Committee. She’s also been featured in the Washington Post, the Texas Observer, Reform Austin and O.C. Advocate. Jayla is a native of Dallas, Texas. She currently serves as a 2020-2021 AmeriCorps member, serving within Dallas under-resourced schools. Jayla plans to attend law school next fall and become a civil rights attorney. 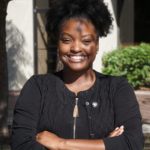 Jada McNeill is the Assistant Director of the Student Activities and Campus Engagement office at New College of Florida.A recipient of the 2019 President’s Volunteer Service Award, McNeill came to New College two years ago, bringing with her a wealth of experience in community outreach and public health. She holds a bachelor’s degree in psychology from the University of Tennessee, Knoxville; and a Masters of Public Health (MPH) degree from Tennessee State University. She also interned at the American Lung Association and was a research study interviewer at Vanderbilt University Medical Center. Before taking over the role of assistant director of SA[u]CE a year ago, McNeill started at New College as the volunteer coordinator for AmeriCorps VISTA (a national service program designed to alleviate poverty), and she supervised operations for the New College Food Pantry. She coordinated volunteer opportunities for students, faculty and staff, with the focus on service opportunities related to poverty alleviation through addressing food insecurity. McNeill and her colleagues at SA[u]CE strive to create a supportive community where students can “make a positive difference, develop healthy and meaningful relationships with others and are empowered to take action, learn about themselves, and develop leadership and lifelong skills.” 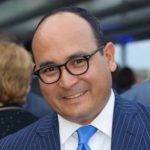 Albert Morales is Senior Political Director at Latino Decisions and based in Washington DC. His years of experience working as a senior official with the Democratic National Committee spans three different DNC Chairs, and one stint with the Democratic Governors’ Association. In the run up to the 2016 Presidential Primaries, Morales served as Director of Hispanic Engagement and Deputy Director of the party’s overall engagement efforts. During Governor Howard Dean’s tenure at the DNC, Morales spearheaded the party’s 50 State Strategy aimed at Hispanic voters. As Chairman Dean’s Director of Hispanic Engagement, he developed and managed the implementation of new models for how the DNC interacts with the Hispanic electorate in the lead up to the 2008 Democratic Presidential Primary Election. Also at the DNC, Morales served as Regional Political Director for the Committee’s 2000 Redistricting Project. In this role, he developed a political strategy to work with state parties to promote favorable redistricting plans. He also worked with house and senate caucuses in state legislatures advocating for consensus on redistricting maps.