Earl Bloodworth is the Jewett Center for Community Partnerships’ 2022 Mentor in Residence for the Re-Imagining Justice (RIJ) initiative. He is currently the Director of the Mayor’s Initiative for Reentry Affairs (MIRA) in Bridgeport.

The JCCP will be hosting Earl for a talk in our RIJ Speaker Series on April 6, free and open to the public!

Recently, our staff sat down with Earl to learn more about his background and work.  Here are highlights from our interview: 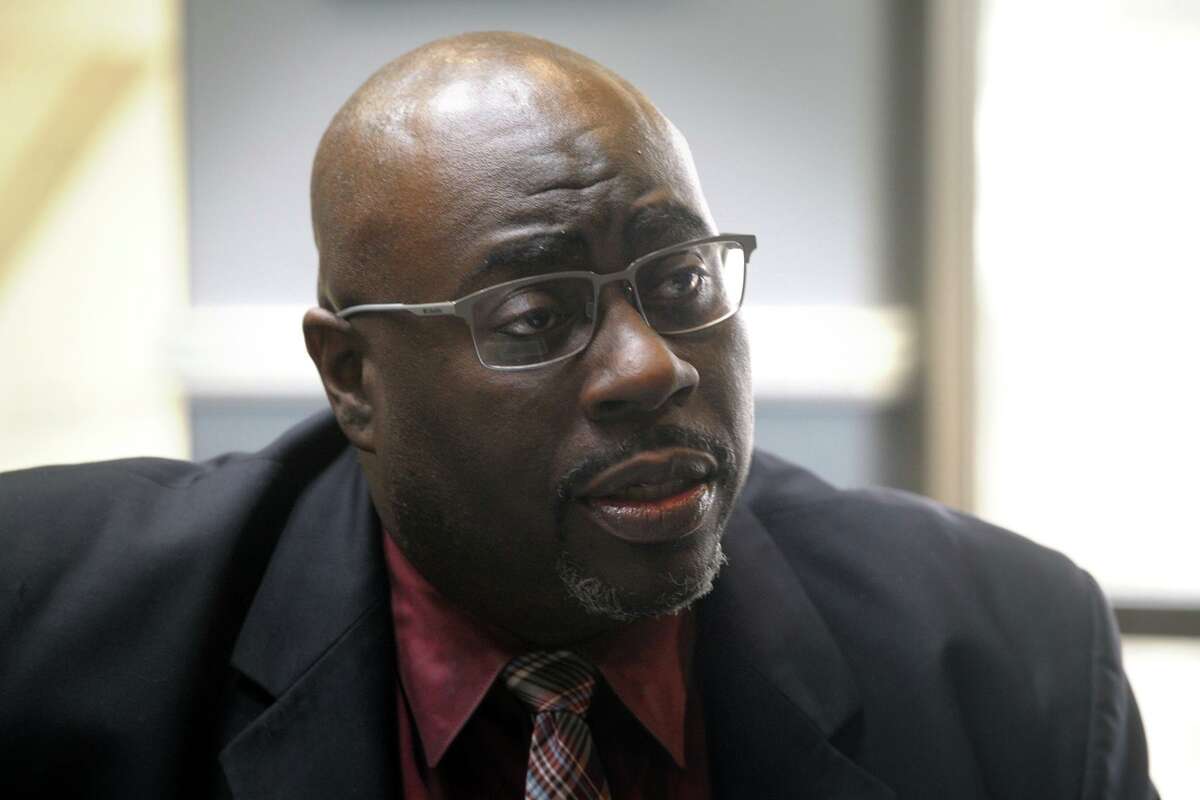 What work are you currently engaged in? Please tell us a bit about your background. What set you on this path?

My department, MIRA, recently launched a pardon workshop, where we partner with Connecticut Legal Aid and Quinnipiac University Law School students to bring resources and walk people through the pardon process. We are also working with the Department of Motor Vehicles to ensure folks are able to access state IDs, which MIRA pays for — Bridgeport is leading the state with providing IDs to the formerly incarcerated. I also currently chair the Diversity, Equity, and Inclusion Committee for Reentry for the Governor’s Workforce Council and Office of Workforce Strategy. I’m currently planning the Bridgeport Breaking Barriers program and finishing up implementing Bridgeport Families First program, which is funded by Department of Justice. We work with incarcerated parents and their children/caregivers who are in the community. What people don’t often understand is that the family is essentially doing time with their incarcerated members.

I’ve been doing this type of work for about 7 years now — I had a major transition in 2014, where I left corporate to try something different. My department was being moved across the country, and I could not move with them. My wife was finishing medical school, our son graduated high school and was attending college. My company was generous with the severance package, and I got the chance to figure some things out for my own destiny and path.

I had the great fortune of working with the African American Affairs Commission of the Connecticut General Assembly, doing informational and outreach work, community awareness programming. The AAAC is a nonpartisan body that does research on the effects of legislation passed by both parties. There was a bill passed in the mid-90s about anti-racial profiling — unfortunately this passed bill like many others, wasn’t given the funding to actually move the needle. Around 2014, the needle finally got moved with CCSU, which got funded to research every police stop reported in the state (provided the police department complied with the reporting).

Every time someone gets police stopped, they’re supposed to give the person a card, and they can write down their experience with the interaction. You can reflect both positive and negative experiences on the card, which can be sent in to the Commission for Human Rights and Opportunities. Every year, the Institute for Municipal and Regional Policy at CCSU (now at UConn) presents police stop data every year, run statistical analyses, and they can tell if certain police departments are overpolicing or racial profiling. Then they can go in and institute bias training and stuff.

I came on board when this legislation got some teeth and funding, and I met with those folks about doing public forums to discuss findings. They did 5 forums, and found that a lot of neighboring towns to major cities were heavily racially profiled — Hamden outside New Haven is a major example. The Wethersfield Police Department chief got fired last year, as their PD was profiling a lot of people driving over the town line from Hartford. The police departments felt targeted, but generally thought it was fair. The funding ran out eventually and I looked for another job.

I was substitute teaching at my old middle school for a bit, and from there I ended up working for City of New Haven, as a program coordinator for their Second Chance program with funding from Department of Justice, which formed Warren Kimbro Reentry Project. It was only a pilot program, but we worked in the prisons and worked with a lot of community organizations to help formulate best practice plans for the transition from prison to community. From there, funding ran out again, and I applied for a similar position with the City of Bridgeport — MIRA. And now, I am also Co-Chair for Greater New Haven Reentry Roundtable. All things local and statewide reentry, I’ve been involved with.

What do you like most about your job? What are the most challenging parts?

They’re kind of one and the same. Helping people get a fresh start, and second chance programs — most of the folks have never had a first chance. You gain the trust and build up rapport with people who have been let down by a lot of folks in their lives. At the same time, building that trust up is really challenging. I’ve come to understand that not everyone is ready to move in that positive direction to save themselves. And what I mean by that is, everyone that has come out from being incarcerated in our criminal legal system has experienced some type of trauma. This trauma may be what landed them in our carceral system initially. They may have been additionally traumatized while incarcerated. This undealt with trauma can lead many to recidivate because they have not healed fully from this trauma and it will continue to impact their lives in a negative fashion. Coming to terms with that reality is a challenge.

What excites you most about working with Wesleyan?

What’s not to be excited about? A lot of people understand that Wesleyan is a gem in the state of Connecticut as a higher education institution. There’s a lot of progressive folks here doing outstanding work — like the Center for Prison Education, there’s little like it — and the community outreach work is pretty amazing.

And what are your hobbies? What do you do in your time off?

I love sci-fi movies, anime, and comic books — simple stuff, a little escapism. I love the MCU. DC is okay, their animated universe is better than their cinematic universe. When I’m not working, I’m involved with my fraternity, I do community events, and I’m on a couple of different boards. Though to be honest, we don’t really get time off.

What are you reading now?

Locking Up Our Own: Crime and Punishment in Black America by James Forman Jr.

Making Good: How Ex-Convicts Reform and Rebuild Their Lives by Shadd Maruna, PhD.

Writing My Wrongs: Life, Death, and Redemption in an American Prison by Shaka Shenghor

A Call to Action: Practically Reversing the Trends of Mass Incarceration by Dr. Heron Keyon Gaston

You can learn more about the Mentor in-Residence (MIR) program here.