Song From the Uproar, a Student-Run Opera

Lisa Stein ’21 and her production team of undergraduate and graduate students have a goal to make opera more accessible and relatable to Wesleyan students and Middletown residents, especially local teenagers.

Song from the Uproar was written in 2012 by Missy Mazzoli and Voyce Vavrek and shares the true story of Isabelle Eberhardt (1877-1904). After the death of her mother, brother, and father, at the age of 20, Eberhardt traveled around North Africa on horseback, often dressed as a man, documenting her travels through detailed journals. At the age of 27, Isabelle died in a flash flood in the desert. Her journals inspired Missy Mazzoli’s breathtaking musical creation, which defies genre, blending opera with choral, musical theater, rock, and experimental musical styles.

The performances are scheduled for February 22nd, (2:00 pm and 8:00 pm shows) in World Music Hall at Wesleyan University. There will be a one-hour Community Opera Workshop after the 2:00 pm show in which participants will jump into the opera with the cast. All are welcome to participate, but they especially encourage teenagers to get involved.

Song From the Uproar is partially supported by the JCCP Innovation Fund, but the producers also have a gofundme to help defray the costs of rights, scores, props, costumes, lights, advertisement, programs, and community outreach. Check out their page to learn more about the project and the team behind it. 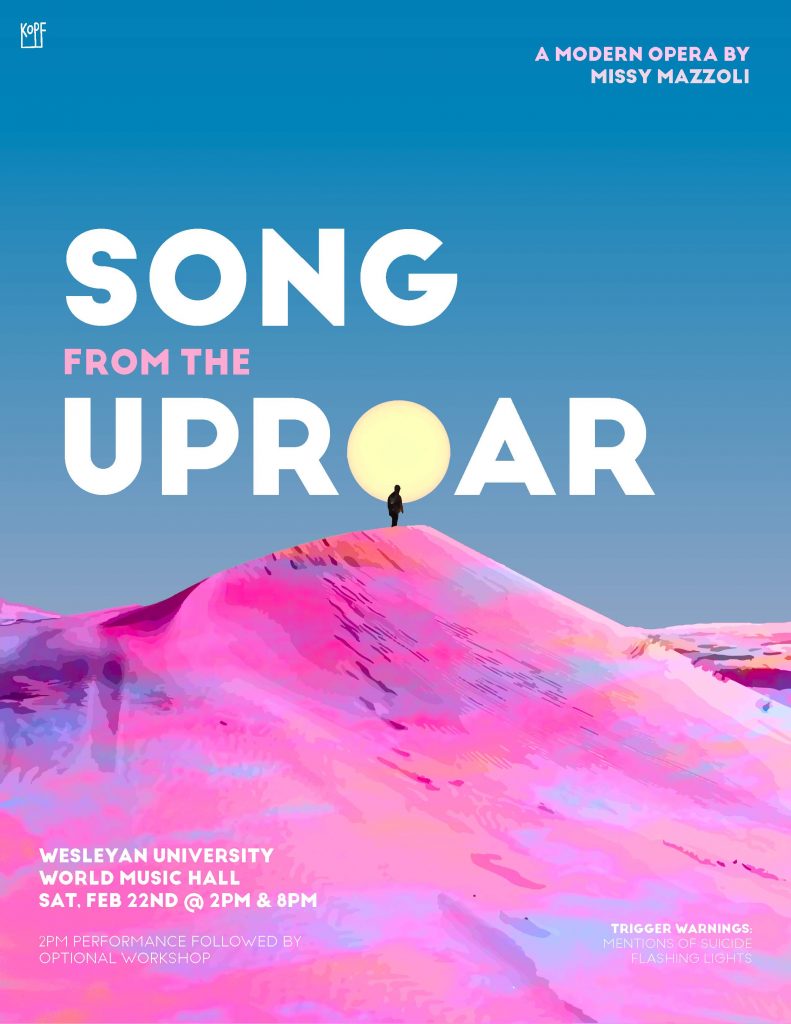